While California holds many treasures, none are so precious as the Eastern Sierra. Every time I visit I come away wondering why I don’t spend more time here.

In the middle of May I joined a trip with friends that was intended to be a Death valley motorcycle tour.  When we entered into the Eureka Valley from the North, a sand storm forced us back out to higher ground. A forecast of temperatures into the 100s made us reconsider our Death Valley tour, but this part of the world has much to offer, so we did not suffer.

First on tap was the Ancient Bristlecone Pine Forrest, a park I have desperately wanted to visit for a decade. Finally, the snow pack and other factors complied and my neighbor justin and I rode 12 miles of gorgeous dirt road to visit the Patriarch Grove where the oldest living trees on earth grow. The Bristlecone Pine Forrest is  a unique ecosystem at an altitude of 11,000 ft. Conditions are dry and cold and the gnarly trunks of the trees tell the story of what it takes to reach 4,600 years of age.

We had planned for 100º weather so when snow started falling on our camp, much fire and whiskey was required to raise our spirits, but the natural beauty of the surrounding made up for it all.

To warm up a bit, we moved over to the Alabama Hills OHV area and set up camp. I usually try to avoid OHV areas like the plague, but, hey, we were the plague this time, so why not.  In fact, we were the only OHV group in the park and enjoyed an amazing expanse of rock formations with the backdrop of Whitney Portal, gateway to the tallest mountain on the lower 48.

Being the only ones in the group with ADV bikes, Justin and I took a side trip on a tip from the gift store keeper at Whitney Portal (who also rides). We set out for the ghost town of Cerro Gordo, a former lead-silver mine in the White Mountains.

We climbed high above the Owens Valley to get to town.  The unique thing about Cerro Gordo compared to other ghost towns (I am told), is that Cerro Gordo has a ground keeper so you can visit the inside of the buildings.

Our host, Robert, was the character you might expect to find at the end of a 7 mile dirt road, 8000 ft climb. Robert described being snowed in for six weeks two winters prior before he dug out. Author of three books on the mine, he knew the detailed history of the place, the gunfights, brothels, and, being a miner and certified blaster himself, the mechanics and hardships of the mining. This was the wild west for real.

Homeward bound over Sonora Pass, the Sierra views take our breath away. Over our first non-oatmeal breakfast in a week we all vow to return soon. 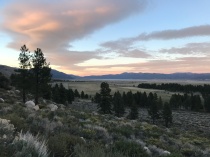 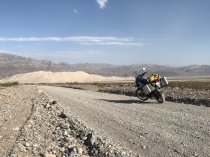 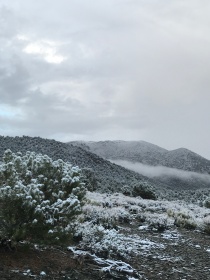 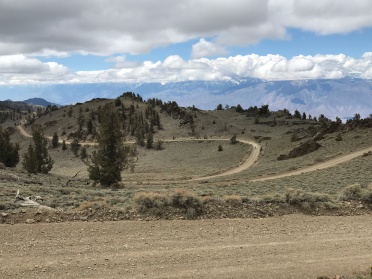 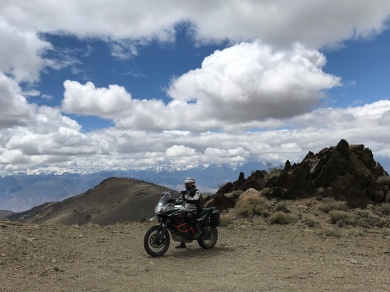 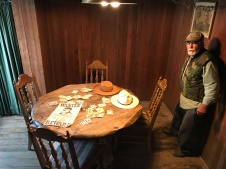 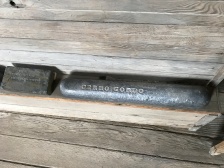 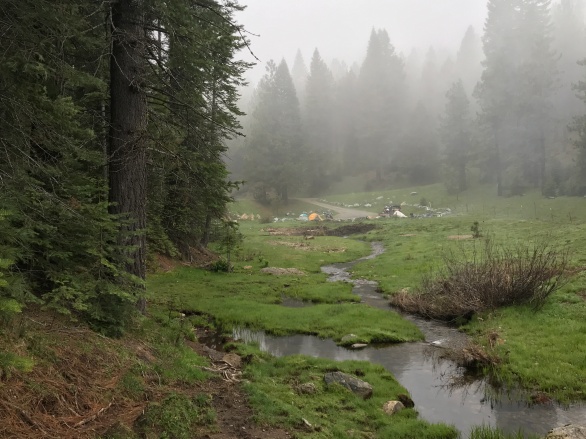 I’m in back in Cali after an amazing time in Brazil.  I am backlogged about three posts, but just wanted to throw some fun photos of a recent trip I took to Mammoth.  I particularly like this kitebus shot: 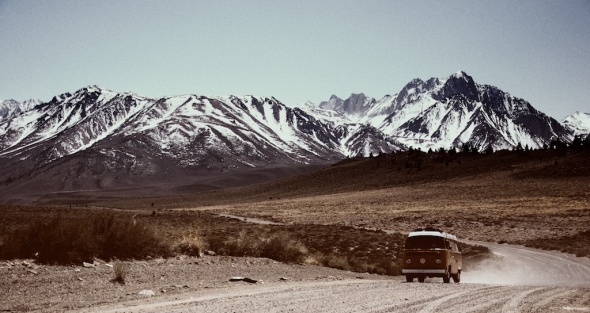 I played around with my NIK plug-in a bit to get the old-film look I wanted.  Thank you Caitlin for the teamwork photo!!

It was great to be back on the snow after two years of Endless Summer, and spend time with old friends.  I am already looking forward to next snow season!

After getting back to SoCal, I was itching to go kite some of the spots that my skill level precluded me from in the past.  Many of the great spots have narrow, short beaches, and that means you have to be able to stay upwind comfortably to make it back to the beach — something I wasn’t good at yet before La Ventana.  When a storm was forecasted to come through, I decided to check out Leo Carillo beach — a popular spot with kiteboarders.  The forecast on Wednesday was for 20-30 mph building to over 30.  I ended up going a little further down to County Line (Ventura/Los Angeles county line of Surfin’ USA fame) because, surprisingly giving the windy conditions, not that many people were out.

The session that followed was the most intense one so far in my short kiting career.  Chest high to over-head wind chop (i.e. steep on both sides) and gusty conditions made for a wild ocean rodeo.  It was exhilarating, it was scary, it was fun!  The first wave I jumped I got about 10 ft of air without trying to jump.

I ended up only staying out for an hour and a half, as the watertemperature of around 55° F and the dumping of my kite into the surf were convincing arguments to call it a day.  I hung around a little longer to take a few photos, and keep an eye out for a kiter that had some equipment issues (he ended up self rescuing with no incident), and then headed on across PCH to Neptune’s net for a brew and a hot bowl of clam chowder.

There are a few routes that cross the Inyo mountains into Nevada, my next destination.  In order to get over this mountain range, one needs to keep the weather in mind.  I dutifully called the ranger station of the Inyo National forest who told me CA-168 was clear.

I wanted to take this route anyway to go visit the Ancient Bristle Cone Forest, home of the oldest trees alive on earth (4600 yrs+).  However, the forest closes for the winter, so I was unable to hug these ancient friends…I did stop at Cedar Flat — a high altitude flat filled with Junipers on the way into the bristlecone pine forest.  Back in the day, junipers were called cedars, hence the name.  The scenery  of CA 168 is exasperating.  Vista after vista of contrasting landscapes — snow meets the desert.  There was a 90 mile period where I passed about 4 cars — not a good place to run out of gas, or have any mishap for that matter.  In total, it took me 5.5 hrs to reach Las Vegas including many stop-offs and various delays.  I felt very fortunate to have passed this road less-traveled

One of more New Year’s resolutions was to become a more proficient snowboarder, and after putting in about 14 days on various slopes, I feel I have stepped it up a notch.  This past week I spent in Mammoth Lakes, California where I was able to enjoy some great snow, great company, and good exercise. I found a hostel online called the The Davison Guest House where I stayed for nearly the entire week. The setup was great with huge panoramic mountain views, a cozy wood stove, and giant, professional-grade shared kitchen.

Mammoth received around 31″ of snow while I was there making for excellent powder to packed powder conditions. While at the Davison house, I met some very interesting individuals including Rick, the 50+ surfer dude who drives down to Baja frequently (!), Jennie — a young Attorney/world traveler from Sydney, and Alan and Mauricio from Chile.  I had loads of fun with these folks, and ended up practicing lots of spanish with Mauro and Alan, as well as riding some prime Sierra Powder.

Guess I won’t be first 😉

The tide has turned, the music stopped, time to get out of Dodge.  After about six years of working in my aerospace industry “dream job“, I’ve decided to call it quits and go bum around with little more in mind than seeing new places, meeting new people, and working on my kiteboarding skills.  My itinerary  planning horizon is six months for the rough plan, and two months for a more detailed plan.

So long people of AV.  It has been a tremendous voyage, but our paths are parting for now.  Thanks for all the friendship, fun, and experience.